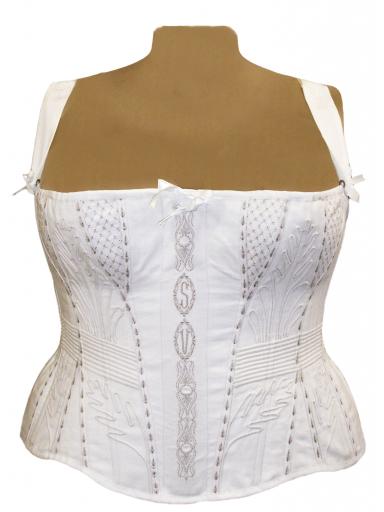 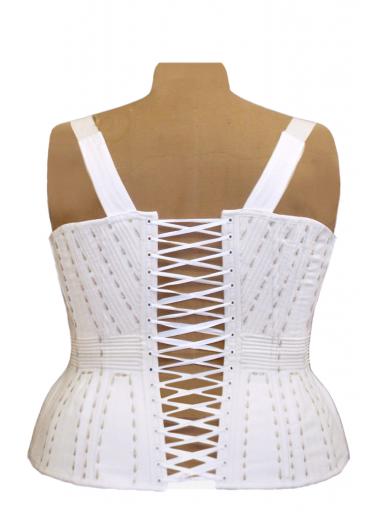 This was made for a friend and fellow Dicken's Fair person. She oringally wanted a 1820s corset but I suggested making it a little later so that it would be more versitle. The bust line is still the correct shape for 1820s but the beginings of the hourglass wont show under an Empire dress. In the future she could wear it for 1830s. Not everyone had the newest corset so it might go as far as 1840s. Its made of cotton coutile, a few steel bones and a carved oak busk. I used wide flat grommets to match the carved bone eyelets that where used. The front, waist and back of the corset are all corded in different patterns. The straps are made as seperate pieces so that they can be removed for other styles and include a section of elastic for movement and dancing. The entire corset is embroidered including the wearers initials monogramed on the front. As with all of my corsets the seams are triple stitched. This type of corset requires some one to lace you in. Since there isnt a busk on the front that allows you to put it on already laced, help is needed.