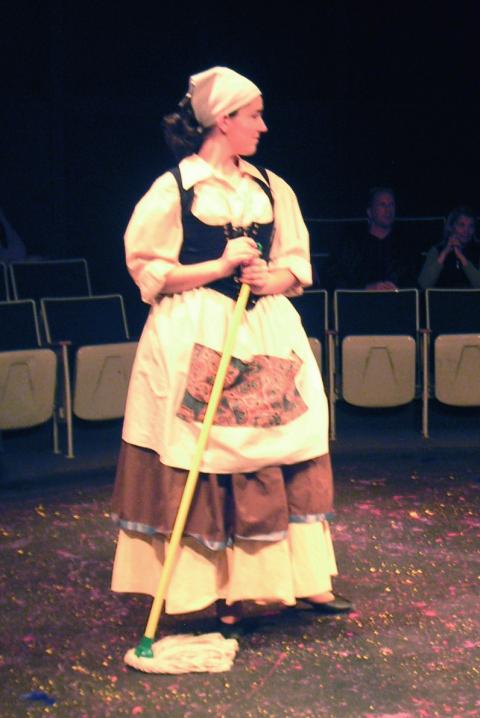 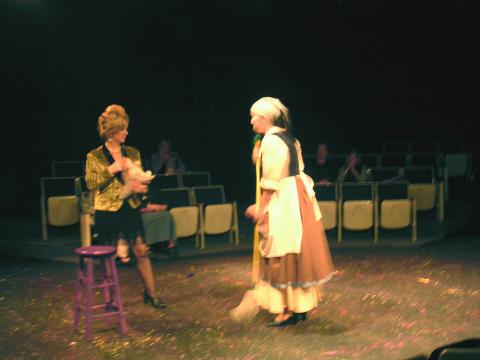 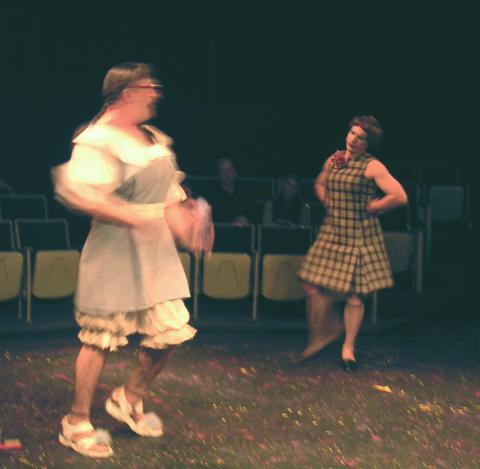 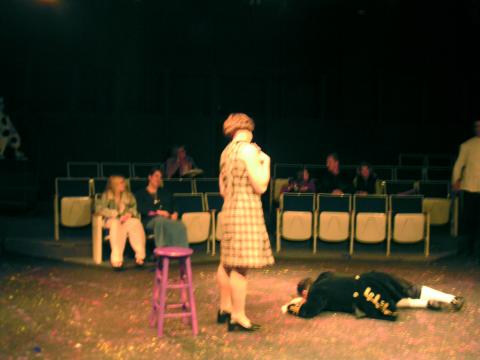 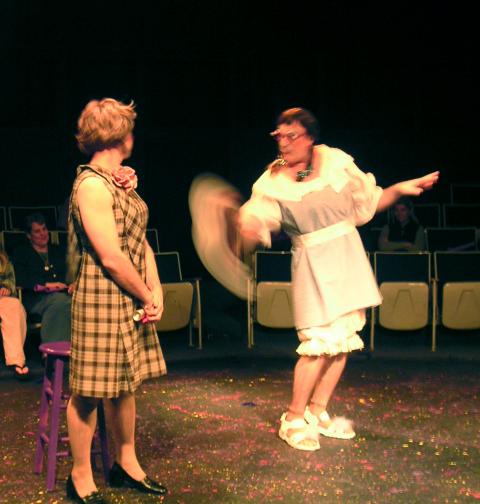 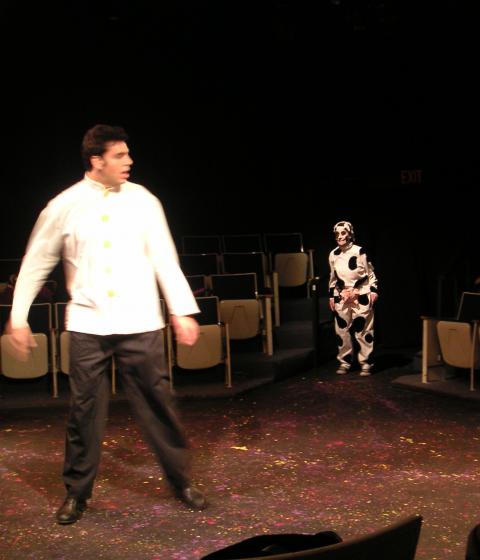 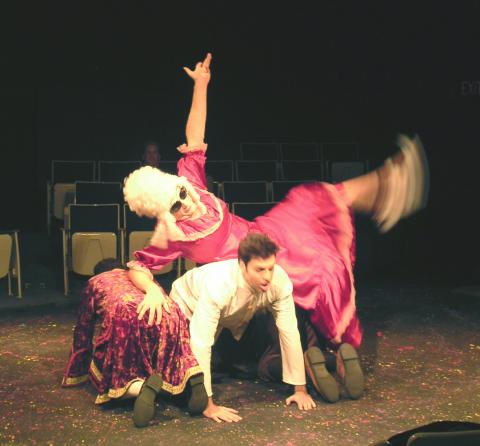 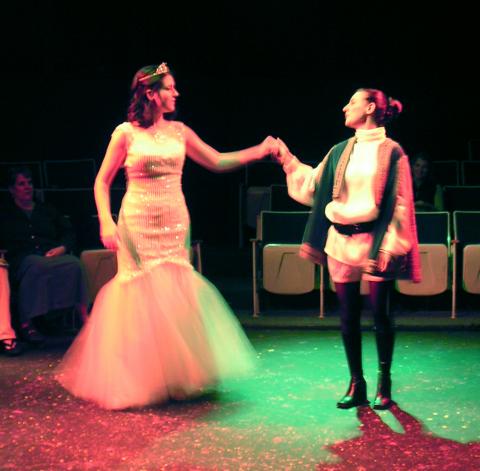 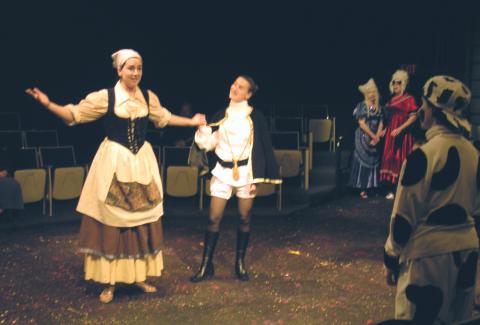 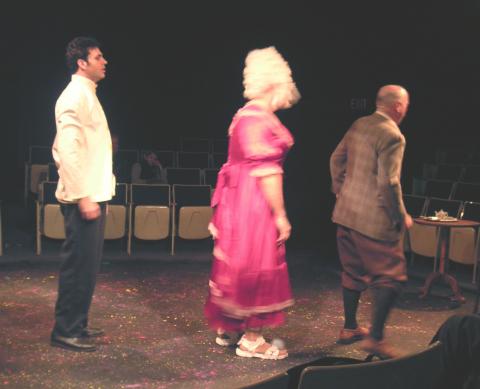 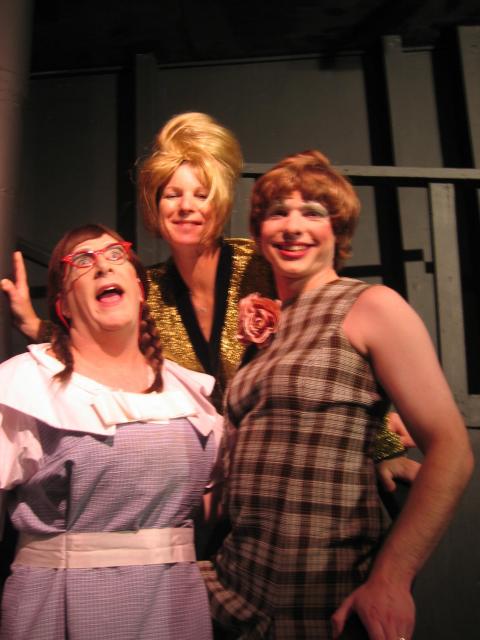 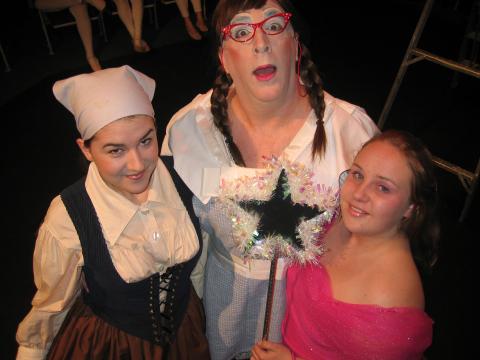 In 2004 Altarena Playhouse brought back their 2003 production of Thinderella, a silly retelling of the Cinderella story making light of gender roles and stereotypes. I was hired in to remount the production but as these things often go with small theaters and their stock, many of the costumes were missing parts or missing entirely. We had had to make a new cow, new prince and rework most of Thinder's things. One of the step sisters was about 4 sizes smaller than the gentleman who had previously played her. All in all it was much more work than I was told to expect but I had expected it anyway.

The biggest snap came just a few days before first dress. The person from TheaterWorks who was supposed to be providing wigs by arrangement with the general manager of Altarena Playhouse still had not delivered the wigs. After many phone calls it became clear that the gentleman from TheaterWorks was not going to be able to make good on his promise. So I had just a few days to scare up some fairly expensive wigs before first dress on a tiny budget. I feel very proud of my ability to deliver on short notice something I wasnt supposed to be responsible for in the first place in addition to several new costumes. The director and artistic director were also very happy. The cow was especially happy at not having an hot itchy costume this time. The general manager was not happy about the wigs but then he had been out of town at the time.