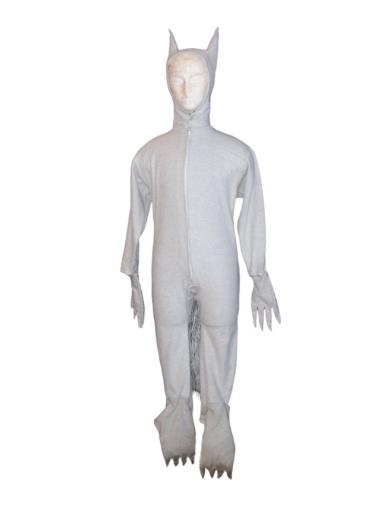 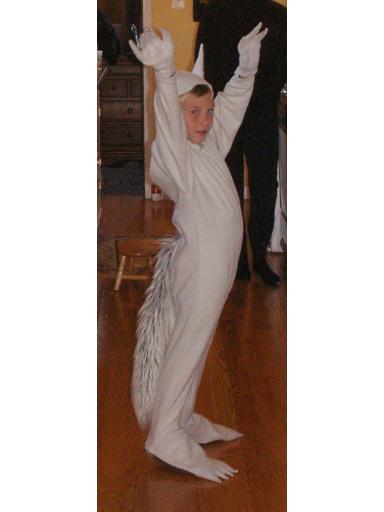 Where the Wild Things Are-Max

I think every costumer dreams of doing the costumes for "Where the Wild Things Are." I know I did. This year, Byron had wanted a store bought costume but at the last second he changed his mind and thought it would be cool to be Max. I couldnt resist even though there were only a few day left until Halloween so making two of the crazy monster costumes for mom and dad was out of the question. Maybe next year. I only gave myself 1 day to make the costume and I think it turned out really splendid. Its certainly better than the Max costume in the recently released film although I will say Casey Storm did great with the monster costumes. It varies from the original design in two ways. One, no whiskers, two zipper in front rather than buttons. This was a practical consideration. Byron is always short of pajamas and given my love of reuse, I knew that the costume would be turned into pajamas after Halloween, so having big lumpy buttons on the front wasnt very practical. The same applies to the whiskers. We took some old sneakers and glued Velcro around the sole so the Max's feet Velcroed onto the shoes. The seam is open at the wrist so the long clawed gloves can be worn on the hands or the wearer can put the hands out. As you can see in picture #2 it looks a little better on my son than on the dress form. The dress form is slightly to large for the costume. Im still looking to acquire a smaller childs form.